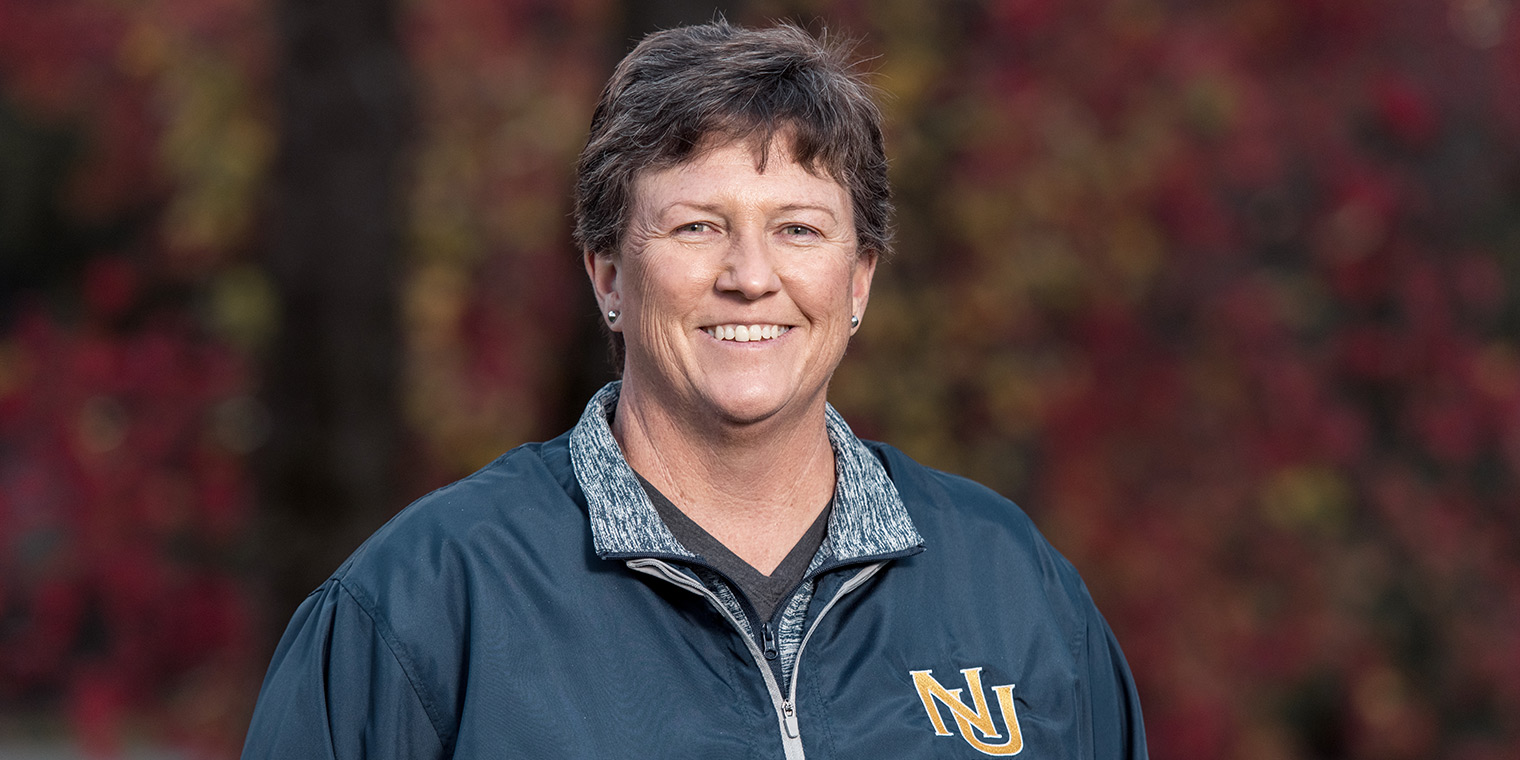 We recently had the opportunity to sit down with NU Softball's new head coach, Pam Fink, to hear about her story and her vision for the future of the program. Pam brings years of experience and talent to our team and we are excited to have her on board.

How did you get into coaching softball?

I played in college, where I originally was planning to be an accounting major. I had taken an accounting class in high school, and I just really liked it. Then I got to my freshman year, and the accounting program was really tough. I decided to change my major. I knew I enjoyed being around children, and I liked the whole idea of coaching and staying in softball because I just loved it so much. So I just decided to study physical education, which took me into coaching.

Tell me a little bit about your coaching career before coming to NU.

I worked for 25 years at Oklahoma Baptist University (OBU), the school I graduated from. I played four years at OBU, and then I got a high school teaching/coaching job in Georgia. After working in Georgia for four years, OBU called me and said, “Hey, we want you to coach our softball program.” I was really excited to do that. I coached, taught a couple of classes, hired student workers to work basketball games, and then once I got my master’s, I became a full-time faculty member and instructor. In my 25 years as a coach at OBU, I worked with a lot of great players, and I have a lot of great memories from being there.

What brought you to NU?

There were a lot of different things, but I have to say that it was God's plan. When the position opened up, I thought, “Let's just try this and see what happens.” I started researching the school a little bit more, and I just felt like God was saying, “Hey, it's going to be a big adjustment,” but he has worked things out every step of the way. When we talked more with Gary and when I came out for my interview in August, it was good, and I just felt connected, like it was home. I just felt so appreciated. I knew that we needed to try this. I have no other explanation other than just this is where I'm supposed to be.

How does your faith play into your coaching?

It’s number one. I want to honor Christ and reflect God in my coaching. These girls on the team are awesome, and they deal with so much. I think it’s important just to let them see a glimpse of Christ on a daily basis. Without my faith, I wouldn't be here—that's for sure. So putting that faith into my coaching is just as important as it is in my daily life.

I think that's why I was drawn to a Christian school. I understand that within the confines of a Christian university, there are always students who come from all different walks of life and all different places with their faiths. At this time in their life, 18 to 22-year-olds are really seeking Christ and seeking what their faith looks like. So I feel a responsibility to help guide them down that path.

What is your vision for the future of NU softball?

Well, this first year, we want to do better than in previous years. That's a given when it comes to the actual season and planning of games. I'm hoping that shows up in a win-loss column, but it may not. Overall, I want us to be a competitive program within the conference—more competitive than it may have been in the past. I’d like to get to the point where teams look at us and say, “Oh man, we have to play Northwest today. We’d better be on our A-game.”

I want my team to be good students, good citizens of the university, good members of the community, of the campus. I want us to be one of those teams where people know my girls play softball not just because they may be wearing a shirt, but because they're good students and they've been actively participating in class. Those are some things that I think are important. I’d also like to get a good alumni base going as well, so that alumni will want to come back and be involved in the program because they enjoyed their time here.