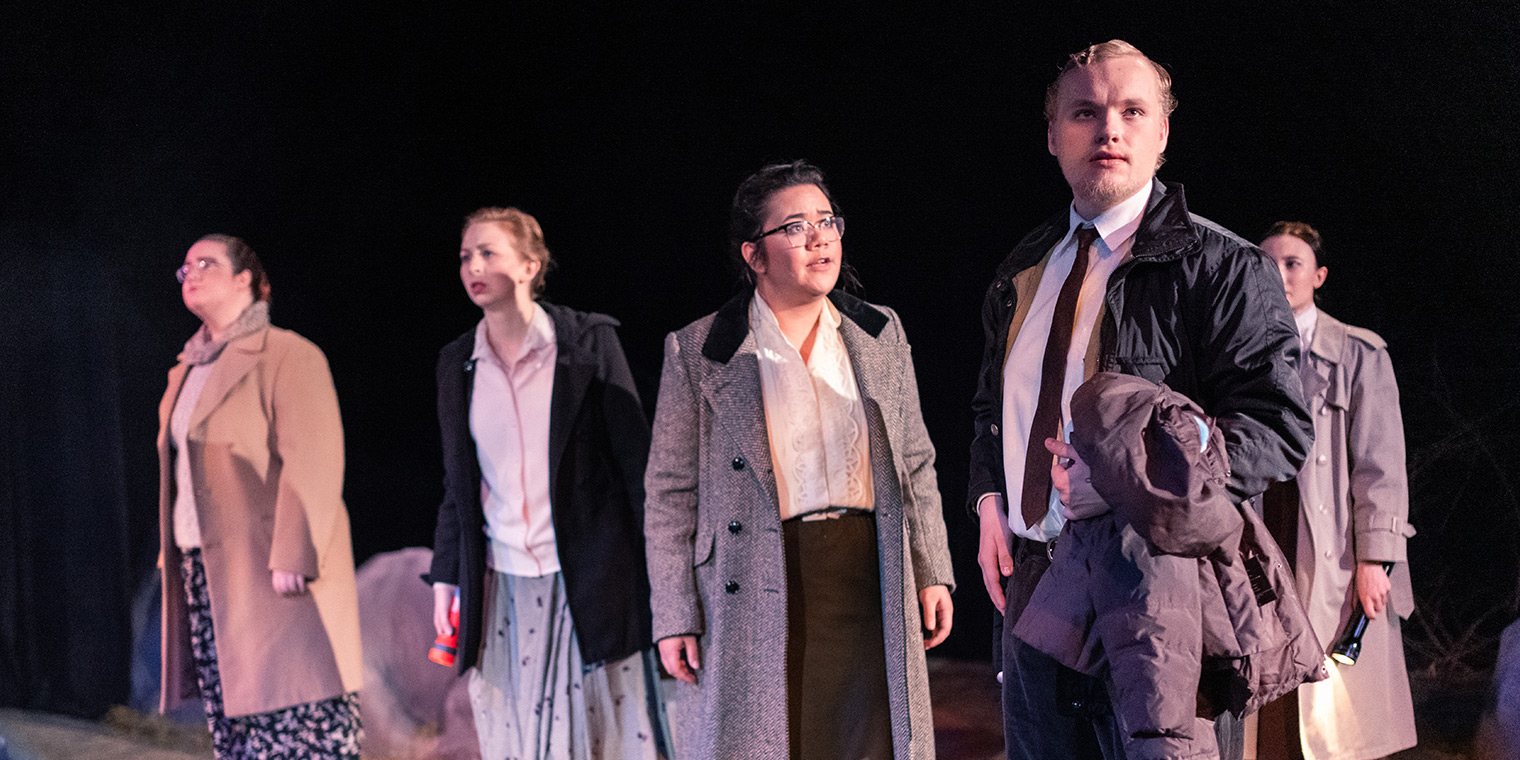 On December 21, 1988, in one of the worst acts of aviation terrorism, Pan American flight 103, headed to New York, exploded in mid-flight over Lockerbie, Scotland. The bomb killed all passengers and crew  members on-board, and another 11 innocent victims on the ground. The carnage and consequences impacted people around the globe.

In the years that followed, residents of the town of Lockerbie and families of the victims sought peace, recovery, justice, and restoration. Although fictional, the characters in this play, The Women of Lockerbie, exemplify the very real journey through grief and hope of those directly impacted by the tragedy.

Showings are at 7:30pm on April 5, 6, 12, and 13 at Millard Theatre. Join us for an evening of powerful story-telling and meaningful reflection.

*Due to adult themes, this play is recommended for ages 12 and up


Get your tickets today: