Northwest University’s Own “Queen of Katwe” Featured in Seattle Times 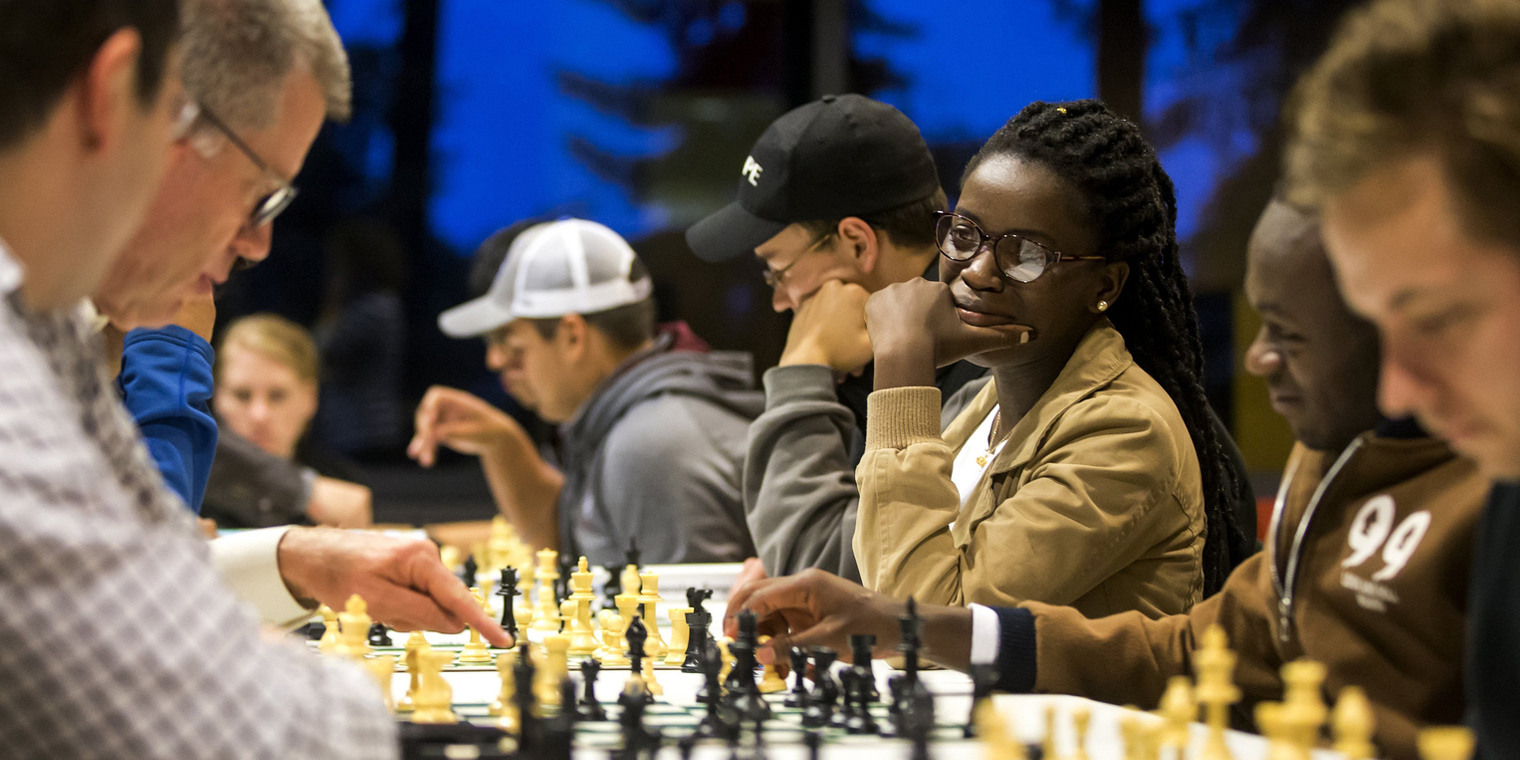 Phiona Mutesi and her teammate Benjamin Mukumbya, both featured in the Disney movie, Queen of Katwe, began their university studies at Northwest University this fall. These two phenomenal chess players have been preparing to become chess grand masters under the auspices of Chess4Life in Kirkland. Though they've only been at NU a short time, they've already made a significant impact.

Last month, Phiona and Benjamin launched the first ever Northwest University Chess Club, of which Phiona is the president. With the addition of two other world-class chess players, NU has a chance to compete nationally.

This development gained some attention from Nina Shapiro of The Seattle Times, who wrote an article on Phiona and Benjamin and the start of their new club.

"A young chess champion from the Uganda slums — whose against-the-odds story was featured in the book and movie “Queen of Katwe” — came to Kirkland to study at Northwest University," wrote Shapiro. "A friend arrived with her, giving the small school dreams of becoming a chess powerhouse."

We are thrilled for Phiona and Benjamin, and we can't wait to see where NU's new Chess Club will go.