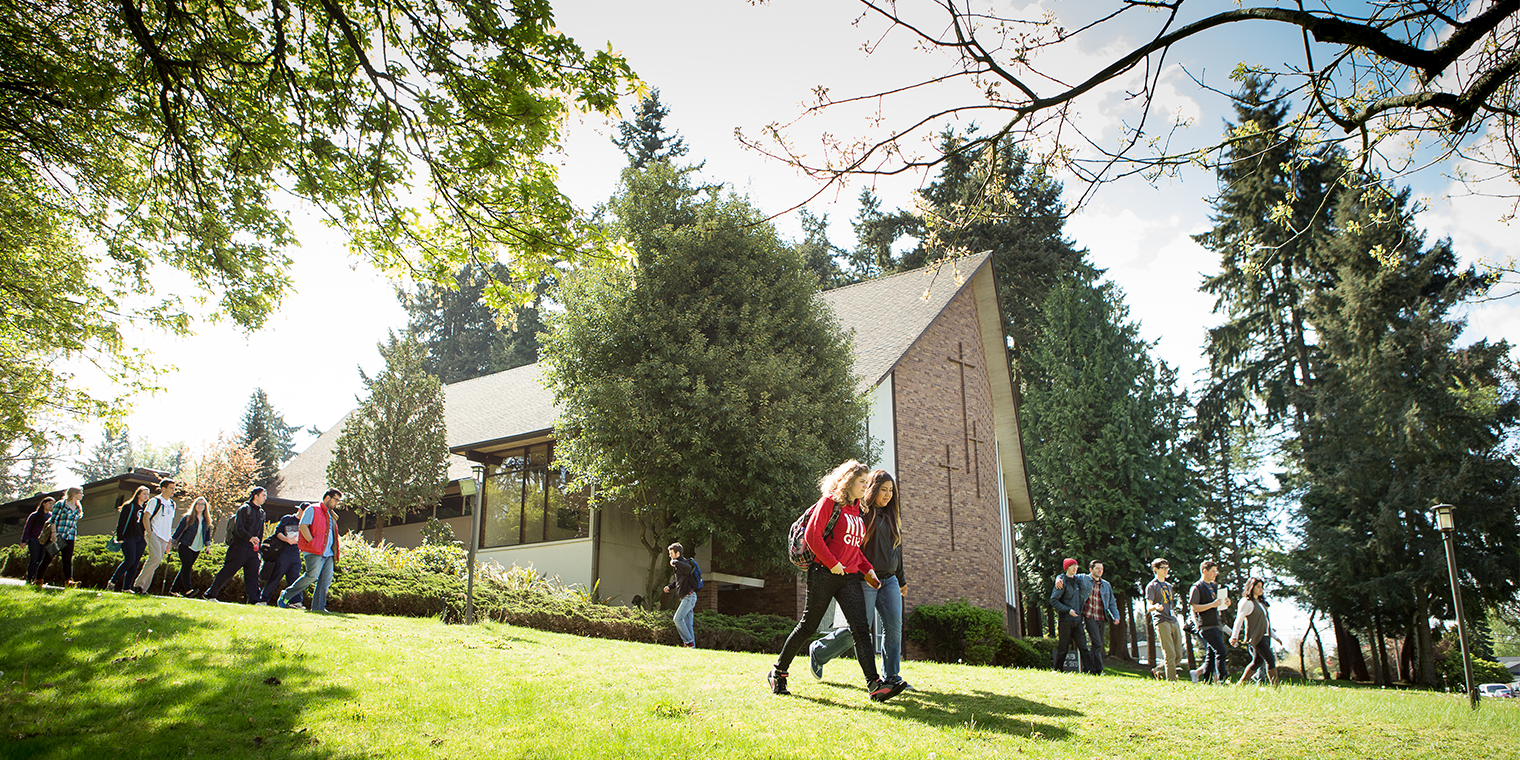 Each year at Northwest University we host a couple of days of New Student Orientation at the beginning of the academic year—perhaps the most exciting days of the year! Students and their parents tend to rave about the experience, as they plunge delightedly into life at a Christ-centered university. For those who transfer in from secular universities, the contrast can take their breath away. For a few days, students spend most of their time meeting roommates and classmates and comparing notes and sharing hopes and basking in Christian community.

While the deeply Christian atmosphere will last for four years or more, the wild enthusiasm of the new academic year morphs into a more serious commitment to work by October, as the stresses of academic life get heavier and heavier around midterm. Winter gloom sets in by November, and by the time the Christmas break rolls around, most people are ready for a break. January then brings relief with a short revival of enthusiasm for a return to the goodness of life in a Christian community. Over the course of four years, the inevitable stressors of late-to-post-adolescent life itself —tragedies, romantic disappointments, sickness, social adjustment, disasters, economic need, family breakdown—often combine with intellectual questions to create challenges and even crises of faith.

Recent research conducted by Jennifer Carter, an assistant professor of leadership at our sister school, Southeastern University in Lakeland, Florida, has pointed out that by the third year, students at Christian colleges often experience a spiritual crisis, despite the fact that such crises usually occur earlier at secular universities. Unfortunately, a major national Christian magazine this week featured that information with a click-bate, fake-news headline that stated “Lose Your Faith at an Evangelical College? That’s Part of the Process. Research shows that students at CCCU schools are more likely to face a religious crisis than their secular counterparts.”1 The article that followed such a sensational false headline offered no support for the idea that students routinely “lose their faith” at Evangelical colleges, but the headline colors the reader’s interpretation so strongly that I had to read the article several times to be sure what it was actually saying. Other highly educated friends also thought the article was saying students are more likely to lose their faith at an Evangelical college than at a secular one. I can tell you: if that were true at Northwest University, I would resign as president tomorrow and go back to being a missionary! I’m not in the education “business.” I’m living out the Father’s Great Commission through education.

I actually wrote my doctoral dissertation at Columbia University on the effects of college education on religious faith, so I have a certain amount of expertise on the topic and keep up with research on it. It is distressing to see so much false information “out there” about how colleges destroy faith. At Northwest University, we actually have data to prove our value proposition that Christian Higher Education helps students keep their faith. According to Northwest University senior student responses on the National Survey of Student Engagement, 91% of students “agreed” or “strongly agreed” with the proposition: “I have a personally meaningful relationship with God.” While 8% of students neither agreed nor disagreed with the statement, ZERO students disagreed. We do have students who come to Northwest University every year without a strong faith—just checking the box—but almost no students leave us without faith in God. In responding to the proposition “This institution has reinforced values that I have always held,” 74% agreed or strongly agreed, while only 11% disagreed. Other data clearly demonstrate that students are challenged to grow in their faith here, while also suggesting that they deal with faith crisis during their collegiate years. That is no surprise: we are here particularly to help them grow through those naturally occurring times of crisis as they learn to “own” the faith they received or found in childhood.

I am firmly convinced that students can find no better place in the world to affirm and deepen their faith than Northwest University. But let me take this opportunity to explode another popular myth. According to sociologist Christian Smith of the University of Notre Dame, the most recent data show that college students are 2.7 times more likely to report that their religious beliefs have strengthened during their college experience than that their beliefs weakened. It is true that many students at secular universities lose their faith during their college years, but college more likely serves to strengthen faith than to destroy it. Sociologists Mark D. Regnerus and Jeremy E. Uecker of the University of Texas in Austin found that young people who do not attend college “exhibit the most extensive patterns of religious decline.” In other words, young people are more likely to lose their faith if they do not attend college than if they do.

In general, Christian young people who want to grow in their faith should enroll at a university. I believe they will grow the most in their faith at a Christian school like Northwest, and I know that all of our professors, administrators, and staff, as well as fellow students, stand ready to help them in the inevitable times of crisis that come in the lives of twenty-somethings.

1   I complained to the Editor in Chief of the periodical, and he has graciously changed the title to more accurately reflect the article’s content.