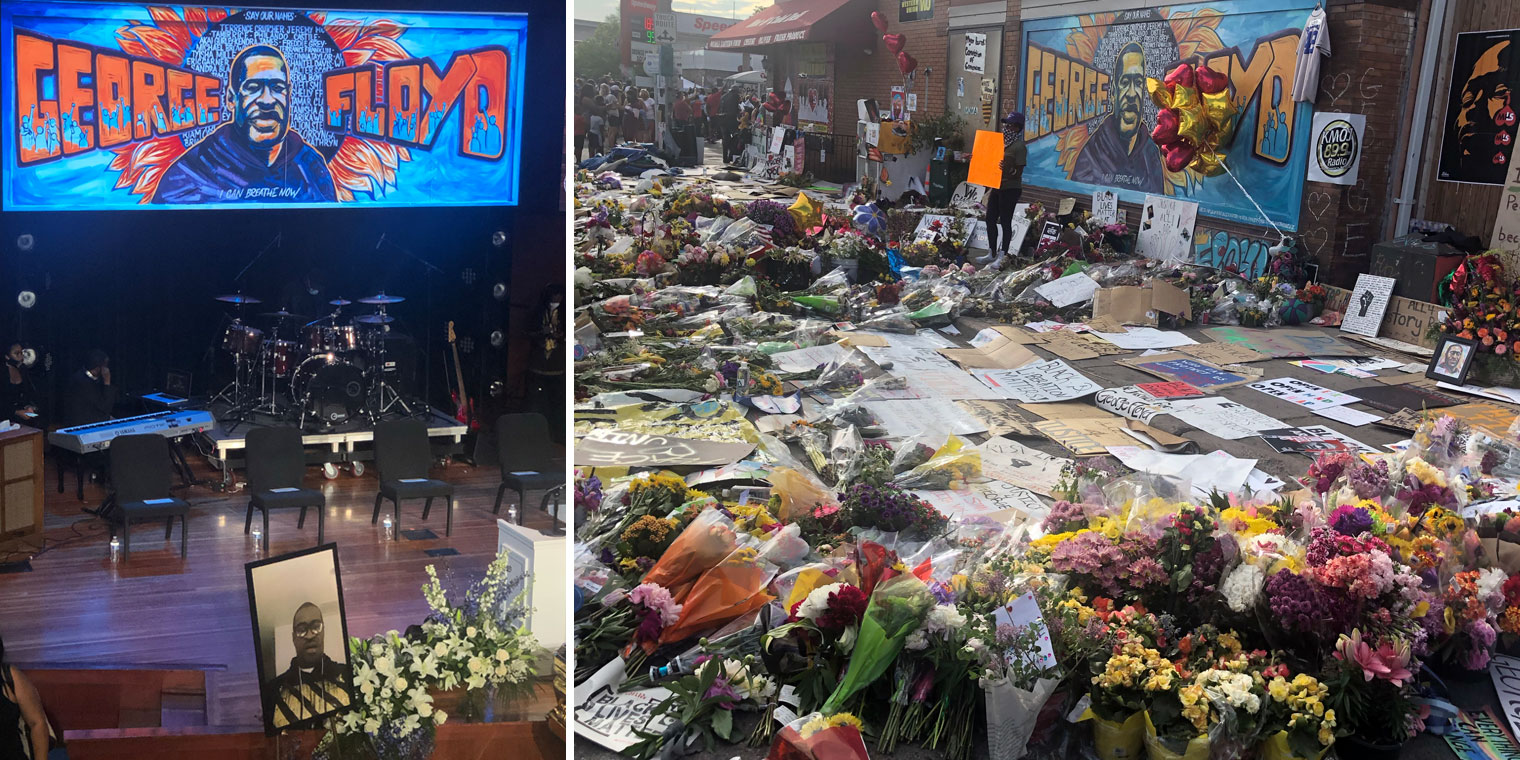 Last week offered the sad but hope-giving experience of attending the memorial service of George Floyd in Minneapolis. I went there to represent the people of Northwest University and to express our solidarity with victims of injustice and our commitment to creating a more beloved community in America. Usually travel entails speaking, but this pilgrimage offered me an opportunity to listen; to shut my mouth for just a little while and listen. And learn.

The speakers who rose publicly to remember, laud, and honor George Floyd—as well as those who could only speak to the people who sat, imperfectly distanced, around them—illustrated that his death at this moment in history gave him a transcendent status. In life, he gave and received love within his family and in the community around him. He faithfully attended a local church. He participated in a small group. He loved God and struggled like every human being to serve him perfectly. Both in his power and weakness, he offered a fitting representation of every Black man in America, indeed every person in America who has ever struggled. His death magnifies his life as a symbol to rally support and solidarity and struggle to bend the long arc of history toward justice.

Some of my Conservative friends would not have wanted to worship alongside Democratic party icons like Rep. Ilhan Omar, who is a practicing Muslim (she illustrated that she knows how to raise her hands in worship and “have church”), Amy Klobuchar, Jesse Jackson, and others. Some would not have wanted to hear Al Sharpton’s eloquent and homiletic eulogy, sometimes sharp and angry but always compassionate and profound (because they cannot forget the Tawana Brawley scandal or forgive his unbridled passion to represent his people). Some would argue about whether every African American has a knee on his neck every day. But the occasion offered an opportunity to listen deeply, to hear the sincere pain of millions of people delivered powerfully by their chosen spokesman. One of my friends on Facebook asked how one can listen patiently to a friend who screams at them.  But people who scream (and no one at the funeral could possibly be accused of that) give the most evidence of their suffering and manifest the greatest need to be heard. Anyone who watched George Floyd’s memorial service with an open heart came away wiser, even if they did not agree with everything they heard.

Leadership requires listening patiently to people, suspending the argument one wants to make in order to hear carefully another person’s perspective. Allowing speech with the impatient and clearly indicated intention to ignore what the other has said and get your point across both irritates and alienates. Truly listening creates the open space where people can meet in dialogue.

Out of true listening, we can build the only thing that will ever heal and reconcile the American people—friendship and love. The answer to our problems will require the creation of hundreds of millions of friendships among people who disagree with each other. Some on every side will change their minds through dialogue. We must recreate the days when Republicans and Democrats worship beside each other, if not on every sabbath, at least on occasion. We must reclaim the evenings when legislators sit down to eat and laugh together about the things that make us one people. Everyday citizens need to come together in shared humanity around the things they love and learn affection for others who see those same truths and share those same treasures of life. Experiencing nature, competing in sports, exploring academic interests, sharing hobbies, swapping life lessons—330 million Americans celebrating a myriad million reasons to form friendships.

After Minneapolis, I have determined that I will make more friends who disagree with me. In today’s world, leadership means listening, making friends, loving people outside our own camp. In that sense, camping is overrated anyway.

Playing music by ear means playing without a written score, according to what you hear and discover, not what you see and know. The metaphor works nicely for today’s leadership challenge. The written score and what we know has value, but it imposes limits. Now is the time for leading by ear, by listening, by discovery. If people recognize the tune, maybe they will sing along.


To financially support black students at NU, click below: