This weekend Northwest University Speech & Debate (NUSD) competed in the Seattle University tournament with 52 teams from around the world. NUSD sent two teams, including Solomon Taylor (SR) & Rio Garvin (FR) and Christine Toavs (JR – Captain) & Grace Seyoum (JR). They competed in five preliminary rounds on topics including Puerto Rico independence, medical trials, international athletic competitions, democracy vouchers, and the War on Drugs. At the completion of the preliminary rounds, the team of Christine Toavs and Grace Seyoum ranked as the 7th best team, qualifying them to participate in a quarterfinal elimination bracket comprised of the top 16 teams (4 teams in each debate). 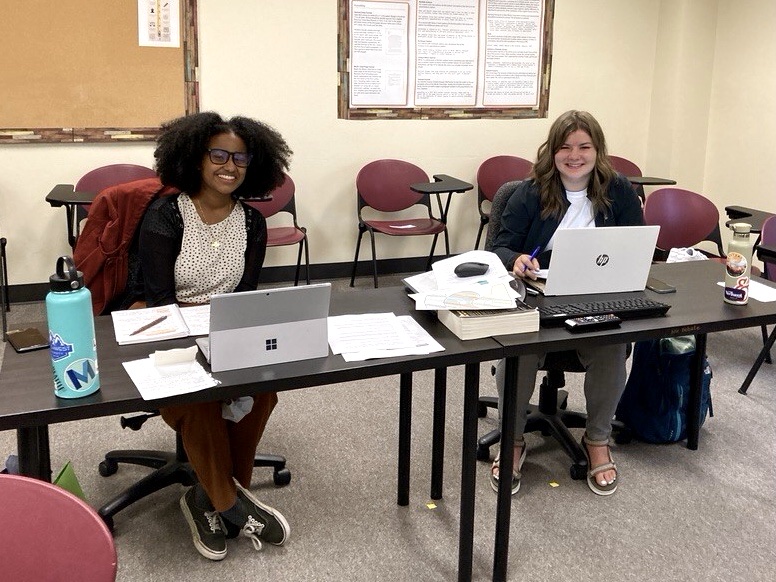 In their quarterfinal, Grace and Chris competed against Denver University, New Delhi University, and UC Berkeley on the topic of a national rent freeze. After a dominant performance in the round, a tournament mistake resulted in the nullification of the round and the teams redoing the debate with a new topic on journalistic objectivity. Chris and Grace rose to the occasion once again and won the round, going through to the semifinal along with the UC Berkeley team. In the semifinal round, Grace and Chris debated against UC Berkeley, University of British Columbia, and Red Arc Debate (a top international team) on the topic of moralizing veganism. In a close debate, they narrowly missed moving on to the grand final round, finishing as semifinalists and among the top 8 teams at this open tournament. In addition to the team honors, Grace Seyoum also earned top marks as a speaker, ranking 6th out of 104 speakers!

It is hard to capture the significance of this win during a pandemic, operating on a shoestring budget, and the additional complexity of conducting these events online. The entire team has worked hard this semester to keep developing their skills, researching new topic areas, and practicing twice a week with no guarantee that they could compete. Their grit and determination, both this semester and in redoing a round are hallmarks of the best teams we’ve produced in my tenure as the coach. Not only do these students represent the academic strength of our university, they also demonstrate a Christian presence and ethos among their competitors that has been developed in them through their professors and community at Northwest University. The level of grace and poise demonstrated during the redo of the quarterfinal round left me prouder of their conduct than their win in the round. Winning is also a nice perk, as they bested teams from Grinnell, Wesleyan, Cornell, Columbia U, Stanford U, Denver U, UC San Diego, U of Alaska, New Delhi, and UC Berkeley.