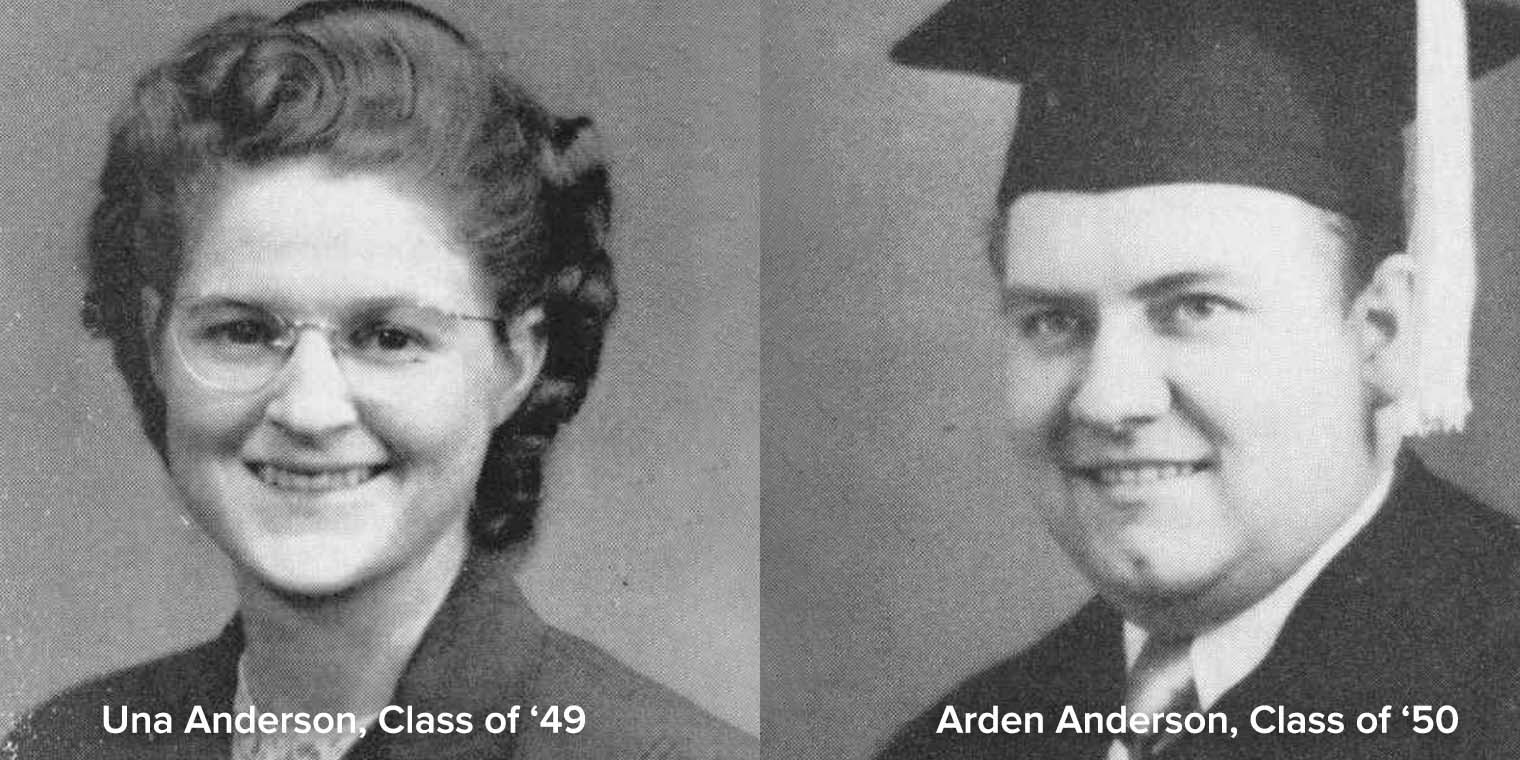 Northwest University has been part of my family legacy since 1946. My father, Arden Anderson ('50), and my mother Una (Moore) Anderson ('49) graduated from Northwest Bible Institute when it was located in Seattle next to Hollywood Temple (later known as Calvary Temple). My mother was 8 months pregnant with me when she graduated—I like to say that “I attended Northwest before I was born.”

I felt a calling to become a nurse since I was hospitalized as a young child. But I also loved teaching—becoming a Sunday School teacher when I was in high school. After finalizing my decision to become a nurse instead of a teacher, I was accepted into the Nursing Program at the University of Washington.

I grew up in a church that had a strong missionary emphasis. I loved hearing stories the missionaries told. When I was offered the opportunity to spend 3 months in El Salvador with a missionary family after graduating from High School, I jumped at the chance. My second opportunity to experience missions happened when my church youth choir when to Brazil and Costa Rica for three weeks to sing concerts in various cities. It was a wonderful experience to meet people from cultures who loved the Lord.

I loved nursing school—my favorite classes were Maternity and Pediatrics. Then I had the opportunity to become a nursing technician at Doctor's Hospital working on the Postpartum/GYN Unit. Thus, I started my career working with mothers and babies. Over the years I had opportunities to work in both inpatient and outpatient settings. Then the door opened for me to go to the University of Washington Graduate School in Nursing. I received my Master's degree as a Perinatal Clinical Nurse Specialist. The focus of the program was on becoming an educator and specialist in all aspects of maternal child nursing. Little did I know that God was preparing me for a special job.

Several years after graduating with my Master’s degree, I had heard that Northwest College was starting a Bachelor of Science Nursing Program. I mentioned to a friend that I would love to teach maternity nursing at Northwest. Around the end of July 2001 I received a call from Carl Christensen, the Dean of the Buntain School of Nursing saying they were looking for a nursing professor to teach the maternity course starting the end of August. I was thrilled with the opportunity but worried because I had a full time night shift position. After praying about it, I felt God's calling to come to Northwest to teach. Looking back over my career, I could see that God was preparing me for "such a time as this." In the fall of 2001 I taught my first classes. In addition to my full time job I came back every fall as adjunct faculty to teach the maternity class for 15 years.

A highlight of the nursing program is the Nursing as a Ministry course where the students are exposed to nursing in other cultures. The nursing students get exposure to nursing in various settings and participate in missions experiences. I was able to take students overseas on two different trips - Calcutta, India and Zimbabwe. While in Calcutta we had the privilege to meet Huldah Buntain and hear her story as a missionary.

There have been many changes and growth over the years in the Buntain School of Nursing. It has become the Buntain College of Nursing and has developed online programs. It has been a pleasure to have a small part in helping to develop Christian nurses who go out into the world to share their love for the Lord while serving individuals and communities.