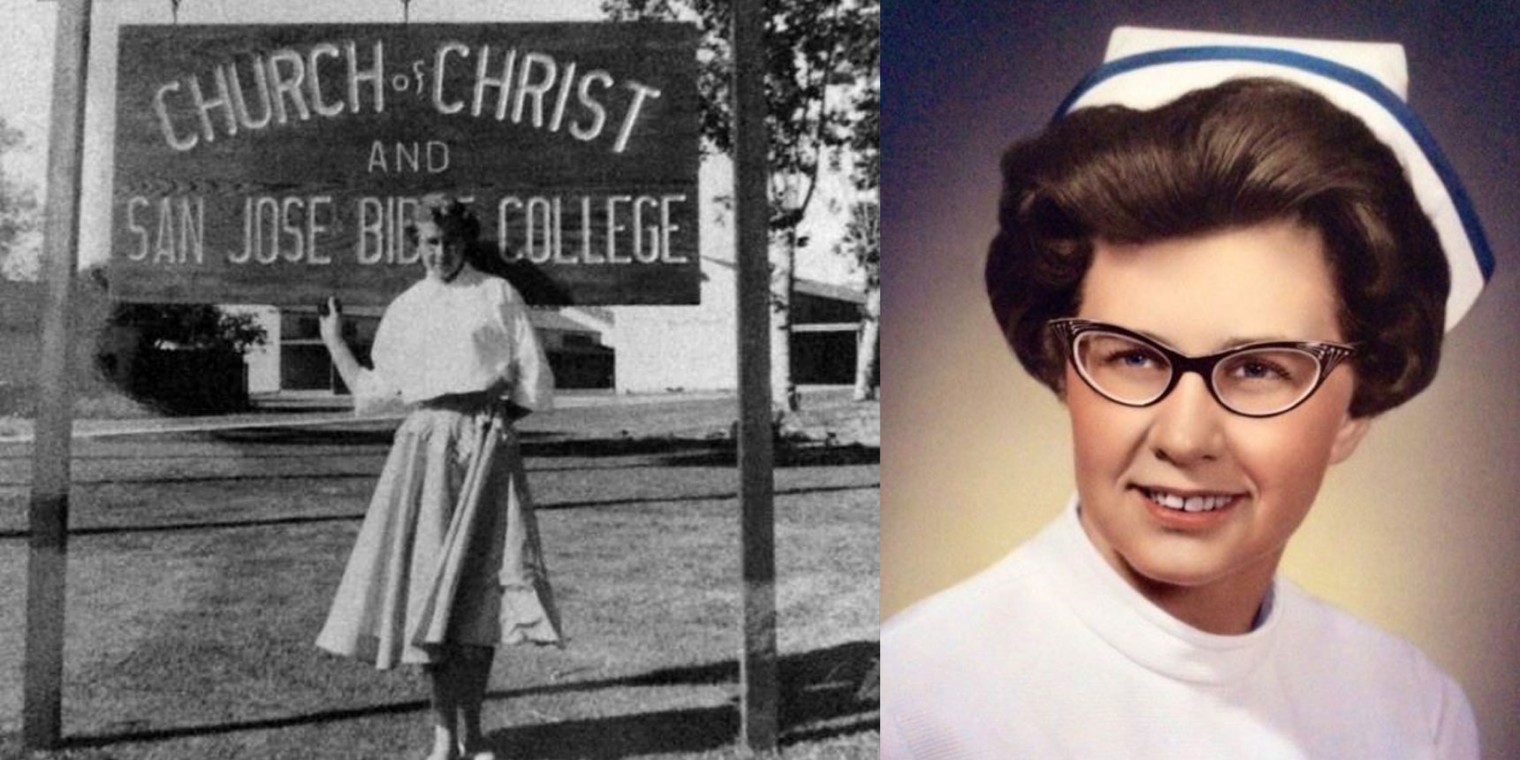 The Faye Seick Martin Endowment Scholarship was established by Faye’s family to honor her legacy as a caring, compassionate caregiver who was committed to meeting the physical and emotional needs of her patients and their families.

Faye Seick Martin was born in Craig, Colorado – the daughter of homesteaders. She moved to Tacoma, Washington with her family at age 9. After graduating from high school, Faye attended San Jose Bible College in San Diego, California, with hopes of becoming a missionary.

Her schooling was interrupted by the need to care for the family of an ailing sister – and it came to an abrupt ending with the unexpected death of her father during what would have been her final year in college. Upon the death of her father, Faye returned home to Tacoma and, two years later, got married and started a family. When her three young children reached school age, Faye returned to school to study nursing. She graduated from nursing school in 1969 and worked nights the next two-plus decades as a critical care nurse at Tacoma General Hospital in Tacoma, Washington.

Years later, Kim and Tim Martin were considering how they could contribute to Northwest’s commitment to spiritual vitality, academic excellence, and empowered engagement with human need. Both work in government affairs for the health care industry, and Kim is a Northwest University Foundation Trustee. After attending NU’s 2015 Foundation Scholarship Reception, and hearing the stories of both scholarship recipients and scholarship donors, Kim was inspired to create a scholarship endowment in honor of Tim’s mother.

Faye Seick Martin fulfilled her lifelong dream of being a missionary through the ministry of service via the profession of nursing, all while faithfully being a wife and mother. Through this endowment, the Martins are able to honor Faye’s legacy and, in Tim’s words, “encourage students to pursue the academic training and spiritual foundation needed to face the challenge of healing both hurts and hearts in the current health care setting.” In turn, the impact that recipients of the endowment will have as nurses will have a lasting impact on many people and families, making a difference in generations to come.