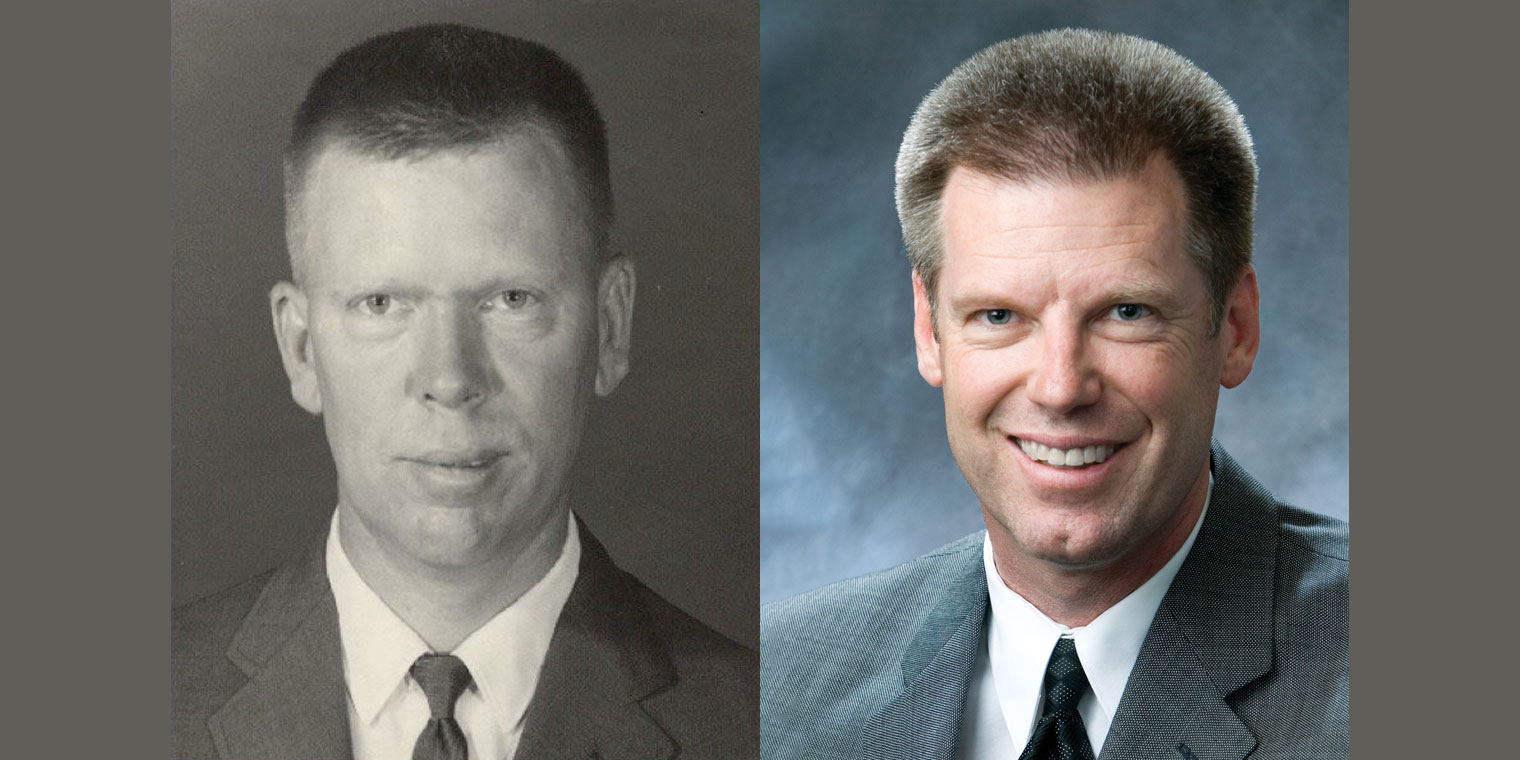 For me, the most compelling testimony of God’s power to change people and give them a dream is the story of my own father, James Jackson Castleberry (1935-2004). Jack was born with a congenital heart defect. The doctors told his parents he would not live a long life, and no one ever expected him to amount to much. He was a sickly child—too small and weak to excel in the sports he loved. His tenant-farming family was very poor, and he had no social standing, but Jack decided at some point in his childhood that he would make the most of his life. Like many people, the earliest seeds of his dream began to sprout early in his life. But those sprouts were exceedingly tender, and the course of his life often threatened to crush them.

Jack was too skinny to play football when he got to high school, so he became the team manager. Then a great thing happened in his life: His brother Jean came back from the navy on leave and bought a big Pontiac convertible. When Jean’s leave ended and he went back to his ship, he left the car in Jack’s care. Now vested with the management of the football team and a nice new convertible, Jack became the official transporter and best friend of the cheerleading squad. Although he knew his life would be short, he no longer saw any reason for it to be boring! Jack became a big man on campus. He gained confidence and hope. After getting a summer job in the local paper mill, he decided he would make a career in manufacturing. In his senior year, his high school classmates named him “Most Likely to Succeed.” His motto, published in the school yearbook, was “Life is what you make it.” Even if he was dealt a bad heart and a short life, he came to believe that everyone deserved a chance and that anyone could make life worth living if he or she worked hard enough at it.

Jack had become an optimistic, strong-minded, popular young man who was determined to make something out of his life. He believed he would succeed and was committed to working hard to achieve something. After graduation, Jack got a permanent job in the paper mill, sweeping the floors for seventy-five cents per hour. Even though his grades were not good enough for him to see himself as “college material,” he was smart and capable, and he believed he would become somebody. But within a few years of graduating, Jack’s life began to deteriorate. He was smoking cigarettes, drinking alcohol, and seeking all the pleasures his fat salary could buy his skinny self. He gradually began to lose sight of his dreams to make the most of his life and settled into a self-destructive pattern that threatened to destroy his life.

During that period of Jack’s life, some friends invited him to go to church. He did not want to go, but finally went to get them off his back. He arrived late at the church service, but not too late. He got there in time to hear the evangelist speak about Jesus, and as the man spoke, Jack came face-to-face with God. As soon as the opportunity to accept Christ as his Savior was offered, Jack literally got up and ran to the front of the church. That night, his whole life changed. For the rest of his life, he would never smoke another cigarette or drink alcohol. I never heard a vulgar word come out of his mouth. He was completely and utterly changed. His self-destructive ways came to an end, and his dream of a fulfilling life was reborn and transformed. Rather than making the most of life for himself, he began to dream of serving God to the full.

Jack Castleberry spent the rest of his life pursuing that dream. He worked hard at the paper mill and began to rise in the ranks. After achieving the highest rank possible for members of the labor union, he was offered a foreman’s position with another company. All along the way, he was a witness of God’s love to the men and women who worked with him. As I grew up and joined him for summer work in the paper mill, I saw and heard the respect and admiration other workers had for my dad. Serving God at work was never enough. Jack served as a deacon and Sunday school teacher at church. He began going to prisons to minister to men who were deprived of their physical liberty. He became president of the local Full Gospel Business Men’s Fellowship. He got ministerial credentials and later started a small, multiracial church among very poor people, serving as its pastor along with his wife, Carolyn. By the time Jack retired from the paper mill, he was manager of the pulp mill and wood yard. He had risen to the highest rank he could, and he earned a professional-class salary. Now his greatest desire was to serve God and his neighbors full-time in his retirement.

Along with Carolyn, Jack got involved in politics and eventually accompanied her as a delegate to their party’s national convention. He served as party vice-chairman in his county and worked hard to promote a better society in America. He became a friend to the powerful and the poor. All this time, he also served as a volunteer chaplain at the local hospital, where he spent many hours comforting the sick and dying.

In the last year of his life, Jack began to suffer strange pains all over his body. Though he usually went to the hospital as a chaplain, he eventually had to walk in as a patient. He never left the hospital again. A month later he died and went on to the presence of God. While he was in the hospital, I asked my father a series of questions about his life, including, “What was the most fun you ever had?” Many men might have answered that it was hauling the cheerleaders to the football games and partying with them afterward. Others would have focused on sporting events and vacations and travel. Others might have talked about times with their children. Dad had experienced much enjoyment in all of these ways. But he answered, “The most fun I ever had was when I got saved and began to know the Lord.”

That was indeed the moment that saved my dad’s life and secured his dream. At his funeral, I was struck that extremely humble people from his church were sitting at the funeral beside judges and politicians and other eminent citizens. Everyone who met Jack Castleberry was made better by knowing him, which is the mark of a godly person. Jack succeeded in his dream of making the most of his life for God.

Shortly after his death, a resolution was offered in the state legislature honoring my father for his contribution to the betterment of life in his state. A poor son of tenant farmers had become somebody. His humility in all his successes was evidenced by his constant explanation that he owed it all to God. He always said that if Jesus had not saved him, he would never have achieved anything. That is how he taught me the greatest truth I know: When you have found yourself in Christ, you are ready to discover your deepest, God-given dream.

On my step-mother’s death bed, I promised to establish this scholarship in honor of my father. She had been funding a small scholarship annually in his honor, so I promised to make it permanent. This endowment is dedicated to help fund tuition for students who want to serve full time in pastoral ministry, fulfilling Jack Castleberry’s dream in their own lives.