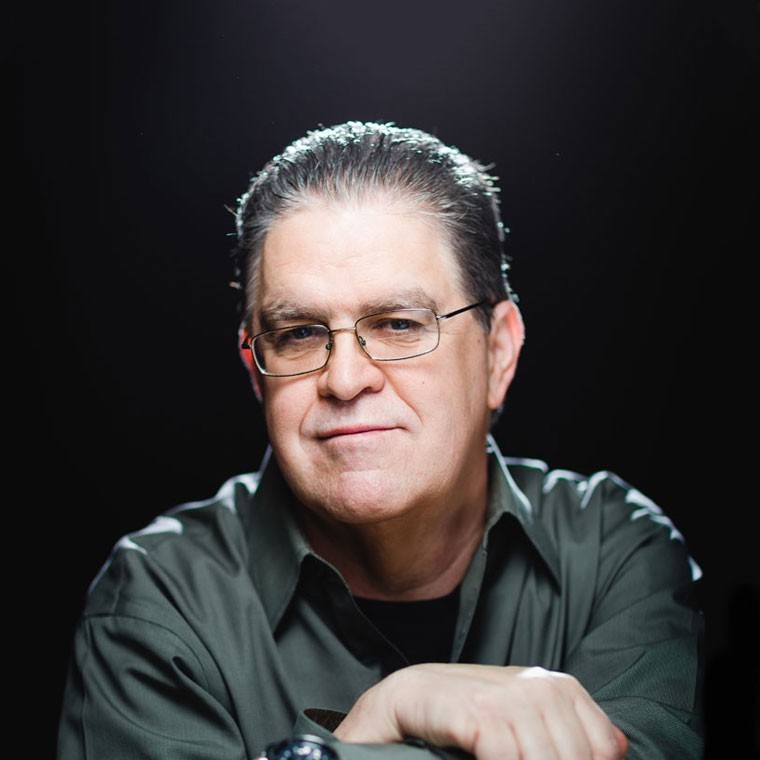 As a 43-year recording veteran, Steve’s credits read as a “who’s who” in the music industry. His experience includes posts in Los Angeles at the renowned Record Plant Recording Studios, Rusk Sound Studios and his own Take One Recording Studio. His accomplishments have garnered him innumerable gold and platinum albums, which include two Grammy award-winning productions, for Christian artists D.C. Talk and Steven Curtis Chapman.

During the 80s, Steve devoted his talents primarily to the Jack Hayford Ministry at “The Church on the Way,” in Los Angeles, where he served as Audio Director and Elders Tech Council member.  He was also responsible for the production of Pastor Hayford’s TV and radio programs.

Upon relocating to Seattle, Steve was the Project Director for Bad Animals’ Studio X, owned by the Wilson sisters of the rock group Heart. He later took the helm of his own state-of-the-art mobile recording unit, Xtreme New Media Studios. His credits include Garth Brooks’ “Double Live,” album, Van Halen “Live in Sydney, Australia,” for MTV and live recordings for KISS, Pearl Jam and P. Diddy. Smith also mixed the first live streaming orchestral broadcast over the web, “Cyberian Rhapsody” which featured Slash, members of Queensryche, Alice in Chains and the Seattle Symphony.

In the following years, Steve broadened his talents to include the film industry.  He recorded and engineered full length, original film scores such as IMAX’s “Everest,” “Mysteries of Egypt,” “Wildfire,” “Africa’s Elephant Kingdom,” “Dolphins” and “Wild California,” just to name a few. In addition to film, Steve has recorded numerous scores for interactive games; including the first orchestral score for a video game, unprecedented at the time,  “The Lost World: Jurassic Park,” composed by Academy Award winning composer, Michael Giacchino. Other projects he recorded for Giacchino include “The Medal of Honor” series and “Small Soldiers” for Dreamworks Interactive and the Lucas Arts’ “Secret Weapons Over Normandy.” “Indiana Jones and the Emperor’s Tomb” and Mattel’s “Myst III” are also to his credit.

From 2002-2008 Steve plugged in to Overlake Christian Church, the largest church in the Northwest, as the Technical Arts Director, where he oversaw every aspect of audio, video, lighting and staging for all services, concerts and conferences.

Looking forward to meeting new challenges, Smith has brought all of his talents to his present position as Founder and Creative Director of Creatio at Northwest University.  From the development of the curriculum, to the designing and project management of the construction and equipping of the facilities all of Steve’s skills were utilized. Creatio is interactive with the College of Arts and Sciences, School of Business and Management, and School of Ministry offering degree programs in Audio Engineering, Producing and Music Industry Business.  For the last eight years Smith has been providing students with a blueprint of excellence that will empower them to become leaders in these fields.

Steve brings a level of expertise and wealth of experience unparalleled in the recording arts educational field.  He has been nominated twice by the Grammy Foundation (National Association of Recording Arts and Sciences) to receive the “Music Educator Award.”